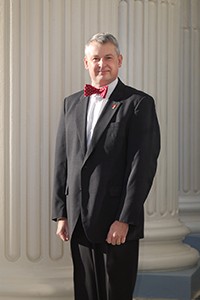 Roy has served in the United States Marine Corps, the North Carolina Army National Guard, and the Army Reserve. He is a graduate of the U.S. Army Judge Advocate General Corps Advance Course and continues to serve as a Judge Advocate with the 134th Legal Operations Detachment, based at Fort Bragg, North Carolina.

Roy is married to Jennifer Thornton McDonald. They have three young children. Roy is a Kiwanian and active supporter of Wounded Warriors, Servicemembers, Veterans, and their Families.