Lexington and Greensboro attorney Charles McGirt was inducted into the North Carolina Bar Association’s General Practice Hall of Fame for 2012 on June 21st at the NCBA Annual Meeting in Wilmington. Mr. McGirt was nominated in 2011 and notified of his selection in early 2012. He has practiced law in North Carolina since 1961 and focuses his practice on Banking Law, Business and Corporate Law, Estate Planning, and Probate of Estates, Wills, Trusts, and Condemnations. 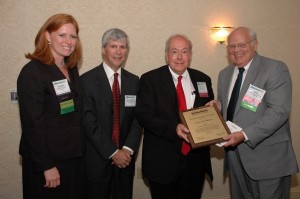 McGirt was recognized in 2011 by the North Carolina Senate for his 50 years of practice. He has also been recognized for more than 30 straight years as an AV®-Preeminent™ attorney based on Martindale-Hubbell’s® Peer Review Ratings™. These Peer Review Ratings are compiled on responses from peer attorneys providing an overall rating of the candidate’s General Ethical Standards and Legal Ability 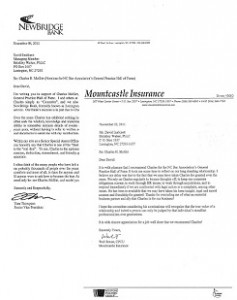